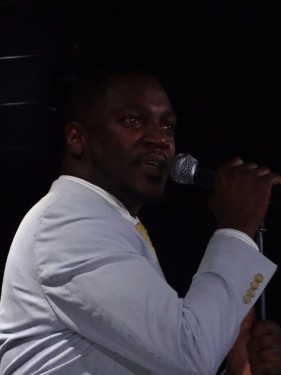 FELLATIO 101
I know a little. I’ve watched many movies in my younger days. (Many)
Real talk, the difference between most women sexually is head. Think about it, just about every woman out there swears she has good pussy, let yall women tell it. But those out there that have mastered massaging the penis orally, standout and stand above the rest. But see, this is the kicker. A lot of women that go down don't even do it good its like they down there with no goal. But us man don’t want to hurt no feelings or de-motivate you from doing it, so we put up with some bad head JUST so we can have you down there. You will never ever ever see a guy jump up and say wtf, do you call that head? And you won't. If you try to tell a woman what to do and how to do it, during, some women are going to be like fuck it. I just won’t do it. I mean its some not all women out there that would be like that. Couldn't do that to me. I give out grades. Anything less than a B, it’s a wrap. I love head more than performing. No I don’t, but its second on my list. It will be done right, or you won’t be getting done. Your loss let me tell it. Really though, I just wanted to put things out from a males perspective. I hope someone gets a little something from what I’m saying. I have no reason to steer you wrong. I want to see everyone giving A+ blow jobs. Lesson one, you have to want to suck the dick. if you don't want to, don't do it. but if you don't do it, its going to be a problem. This what you do, imagine it being something tasty, like a chocolate covered banana with out the chocolate covered banana taste. Or if its small, imagine it being a thump with powder sugar on it with out the powder sugar taste. you got to improvise ladies. "IMPROVISE".
Help make the world better.